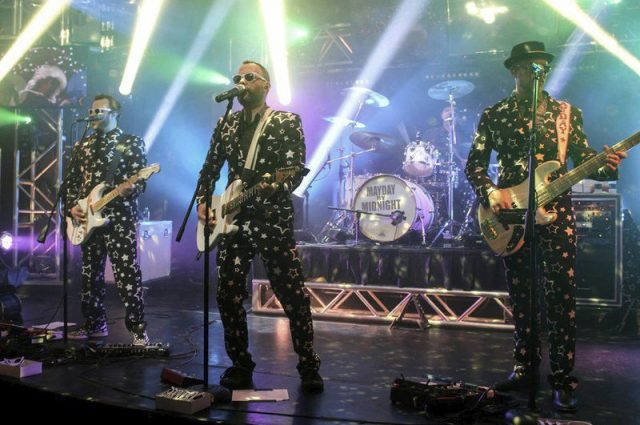 A unique celebration of music’s evolution will lead revelers up to New Year’s Eve at Downstream Casino in Quapaw, OK.

“We wanted a rock theme. … We wanted to get the New Year’s Eve party started early — because, why not? — then carry it right on through to the new year,” he said. “So we picked out some of the best rock bands of the region to represent some of the different eras of rock history.”

On New Year’s Eve, the band 90LB Wrench will start off the party at 05:00 p.m. A top dance/party band from central Oklahoma, Zodiac, will help usher in the new year beginning at 09:30 p.m., “to throw an exclamation point on the ‘Rock Through the Ages’ series,” Harrison said. Zodiac consists of Ayngel McNall, John Russell, Robert Rillo and Jarrod Gollihare. The Tony Carson Duo will also be performing from 05:30 to 11:30 p.m. at Lover Leap Lounge inside the Kappa Hotel lobby.

On Thursday, beginning at 08:00 p.m., the Northwest Arkansas based Cate Brothers Band Reunion will perform live.

“The Cate Brothers are a legend in this part of the country, having scored several top-10 hits in 1970s and ’80s. They are from Northwest Arkansas, but they built a strong fan base locally and played all over these parts for many years,” Harrison said. “Their fans are very loyal, and we are proud to have them back to Downstream.”

Other “Rock Through the Ages” concerts will include: