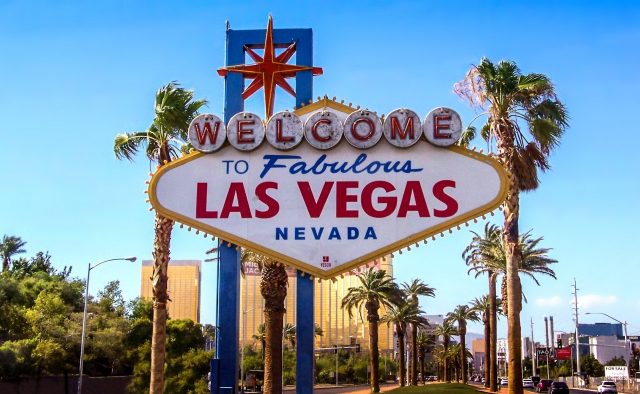 Tens of thousands of people rang in the new year across Las Vegas, watching fireworks launch from the top of some of the city’s iconic casino-resorts, attending superstar performances at various venues and participating in a celebratory midnight toast.

Officials estimated more than 300,000 people gathered on the Las Vegas Strip for a celebration anchored by an eight-minute fireworks show, while thousands more convened in the area’s downtown entertainment district to enjoy live music. And for those who decided to head into 2019 indoors, Lady Gaga, Celine Dion, Gwen Stefani and other stars helped them do so in proper form at different venues along the world-famous corridor.

“No other city in the world does it like Las Vegas, and that’s why it’s called America’s party,” Lawrence Weekly, chairman of the Las Vegas Convention and Visitors Authority, said during a news conference announcing details of the celebrations. “Listen, some folks, and I know some of you guys, are going to look at me and say “Really, Weekly, the shame? But some folks stand outside in frigid cold just to watch a ball drop.′ But where else in the world do you have a great concert all up and down and iconic boulevard?”

New Year’s Eve is worth an estimated $403 million to the city, according to the convention and visitors authority. The agency responsible for promoting Las Vegas expected 318,000 people to travel to the city for the holiday and projected that nearly all the city’s more than 147,000 hotel rooms would be booked.

Federal agents and local police were out in force, with teams of police stationed inside most major casinos on the Strip, plainclothes officers in the crowd and snipers keeping an eye on things from rooftops. Officials also banned backpacks, ice chests, strollers and glass items from the street celebrations as a safety measure.

The theme for this year’s fireworks show was “Vegas Nights.” Organizers tried to emulate the sense of excitement of an evening in Las Vegas with fireworks in rich purple, green, gold and cherry red hues.

The 80,000 pyrotechnic firings were choreographed to a custom soundtrack that includes Frank Sinatra’s “Luck Be a Lady,” Lionel Ritchie’s “All Night Long,” Celine Dion’s “I Drove All Night” and Gaga’s “Marry the Night.” The show began at the Stratosphere casino-resort, and fireworks then launched from the Venetian, Treasure Island, Caesars Palace, Planet Hollywood, Aria and MGM Grand casino-resorts.

Inside, casino operators pulled out all the stops for the celebration. Gaga was at Park Theater at Park MGM casino-resort, Dion at The Colosseum at Caesars Palace, Stefani performed at Zappos Theater at Planet Hollywood and Maroon 5 took the stage at the Mandalay Bay Events Center.